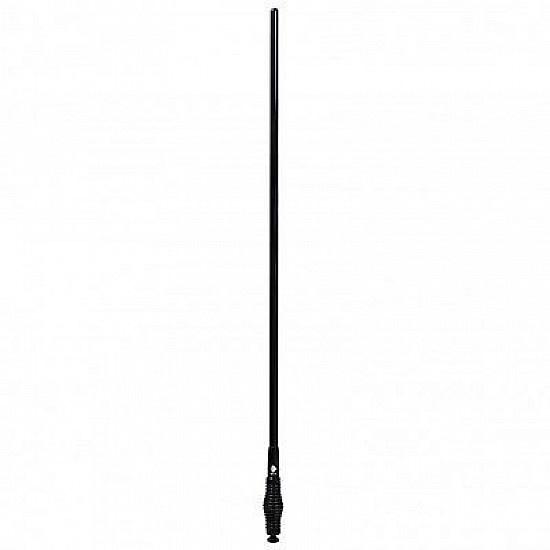 With a 13mm stud mount and ground plane independant design, this antenna may be installed onto a number of mounting brackets such as mirror mounts, bull bar mounts, gutter mounts or fender mounts and are ideal for installations in commercial vehicles, four wheel drives and trucks.

The CDR5000 can even be used as a base station antenna due to it's ground plane independent design.

In order for your phone or radio to work, the antenna has to focus your signal just where you need it - in much the same way as a flashlight.

The gain of an antenna, shown in decibels, describes just how tightly focussed the signals will be. Some antennas can produce a spotlight, focussing on a narrow target but covering large distances. Others produce a broad coverage area like a lantern. Generally, the higher the decibels of gain the better the range.