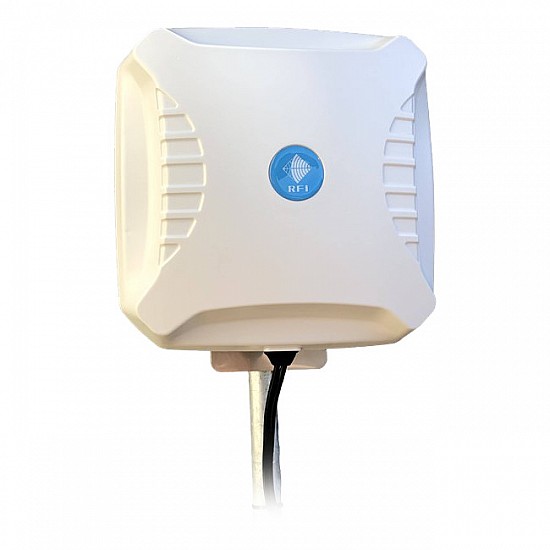 The antenna enclosure effectively looks the same as the second generation “V2” but has been completely redesigned on the inside.

We have used advanced metamaterial technology, making useof Artificial Magnetic Conductors (AMC) and new registered/patent pending radiator configuration, which is proving to yield exceptional improvements in bandwidth and gain. Radiation patterns of this antenna are exceptionally well controlled, further adding to the performance of the antenna.

In addition to the new bands, the gain in the 1700MHz and2.7GHz is around 3dB higher than the “V2” over the same frequency bands!

The weatherproof housing is designed for mast or wall mounting and is supplied with 2 x 10 metres of low loss RG58 cable terminated with SMA male connectors.